House Notes is published each month by Soho House, a chain of boutique hotels and members clubs located in cities and resorts around the world. I was asked to create a sculpture to feature on the front cover of its Christmas edition as well as on a three-page spread within the magazine. With locations spanning everywhere from the British countryside to the West Coast of America, the idea behind this cover is to depict the variations of the members clubs beautiful architecture around the world. My piece references some key Soho House locations: Babington House in the Somerset; Soho House London; Little Beach House Malibu; Soho Beach House in Miami; Soho House New York; Soho House Amsterdam; Soho House Barcelona and Soho House Mumbai.

I loved playing around with the different identities of each hotel’s location in this piece, creating an imaginary landscape that blends different climates, varied architectural styles and nods to the culture and way of life in each place. In one corner there’s the quintessential Californian surfer, wearing a Santa hat. Fairy lights strung between palm trees evoke the sun-drenched beaches of Malibu and Miami, while the rooftop pool at Soho House in Barcelona suggests a colourful Christmas overlooking the Spanish coast. An over-sized bicycle encapsulates the spirit of Amsterdam while moving towards the top of the sculpture the temperature dips as a snowy picture unfolds in New York. Ice skaters hang out by the Brooklyn Bridge, the iconic landmark that connects the city’s two Soho House residences (DUMBO House and Ludlow House). Also representing colder climes is the legendary Babington House, a classic country estate nestled in the Somerset hills.

My sculpture also includes both the oldest and newest hotel in the Soho House group to celebrate its heritage and evolution; the group’s first hotel opened in the heart of Soho at 40 Greek Street in 1995 and in 2018 doors opened at its latest venture, Soho Hotel Mumbai. The classic British tradition of carol singing under a lamplight evokes the rich history of Soho, while visitors to my representation of Soho House Mumbai gaze out across the sparkling Arabian Sea.

As an iconic trailblazer in the world of luxury hotels, the Soho House brand is referenced in a subtle way to reflect the group’s stylish and timeless aesthetic. So, instead of adding a star to the top of the Christmas tree I included the Soho House logo. I think this works well in connecting the different hotels under one Soho House umbrella. 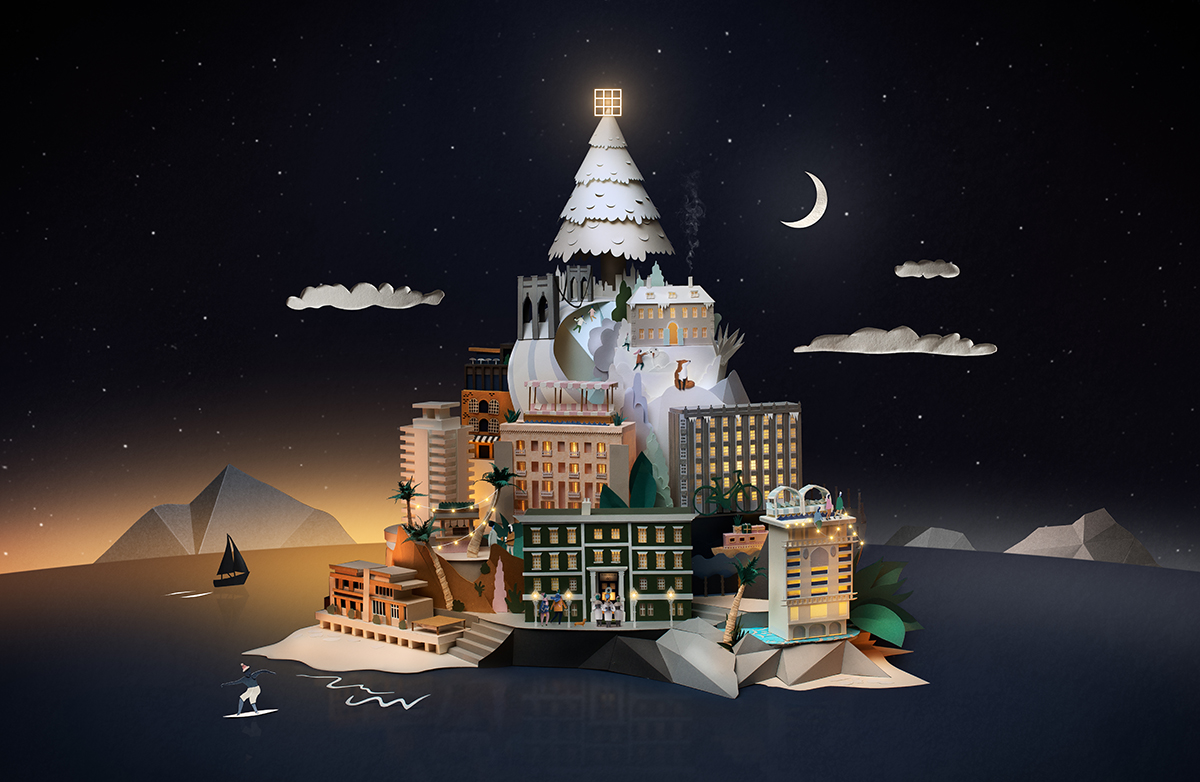 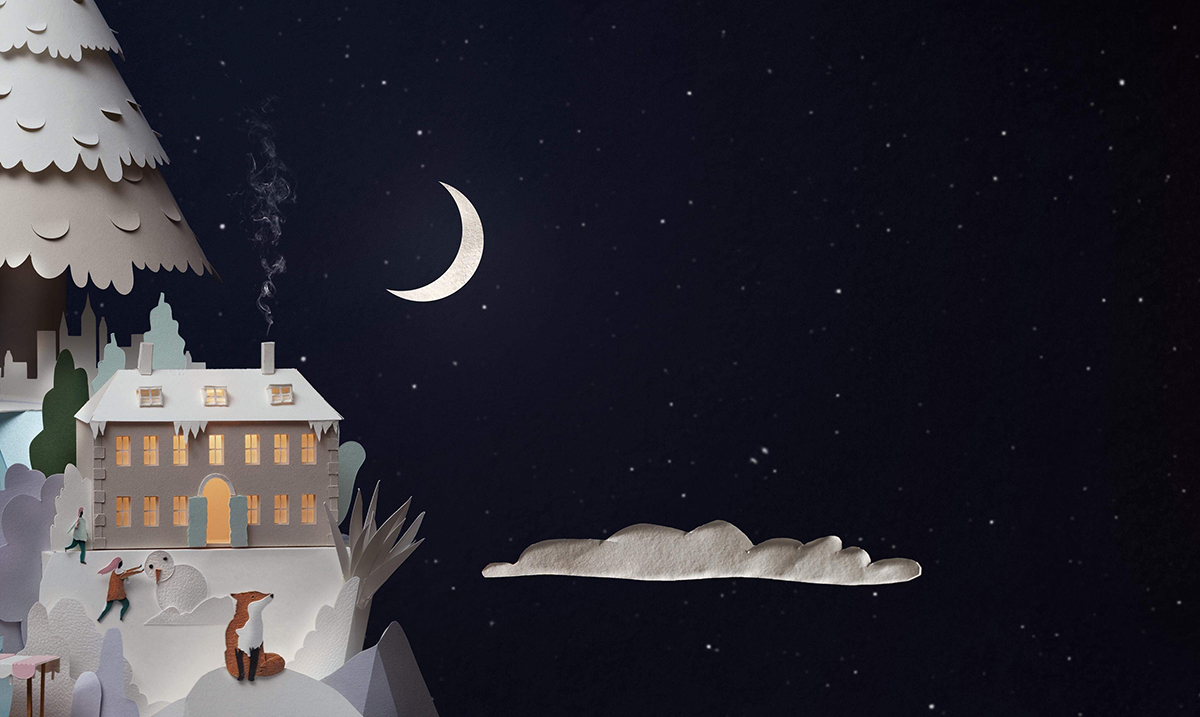 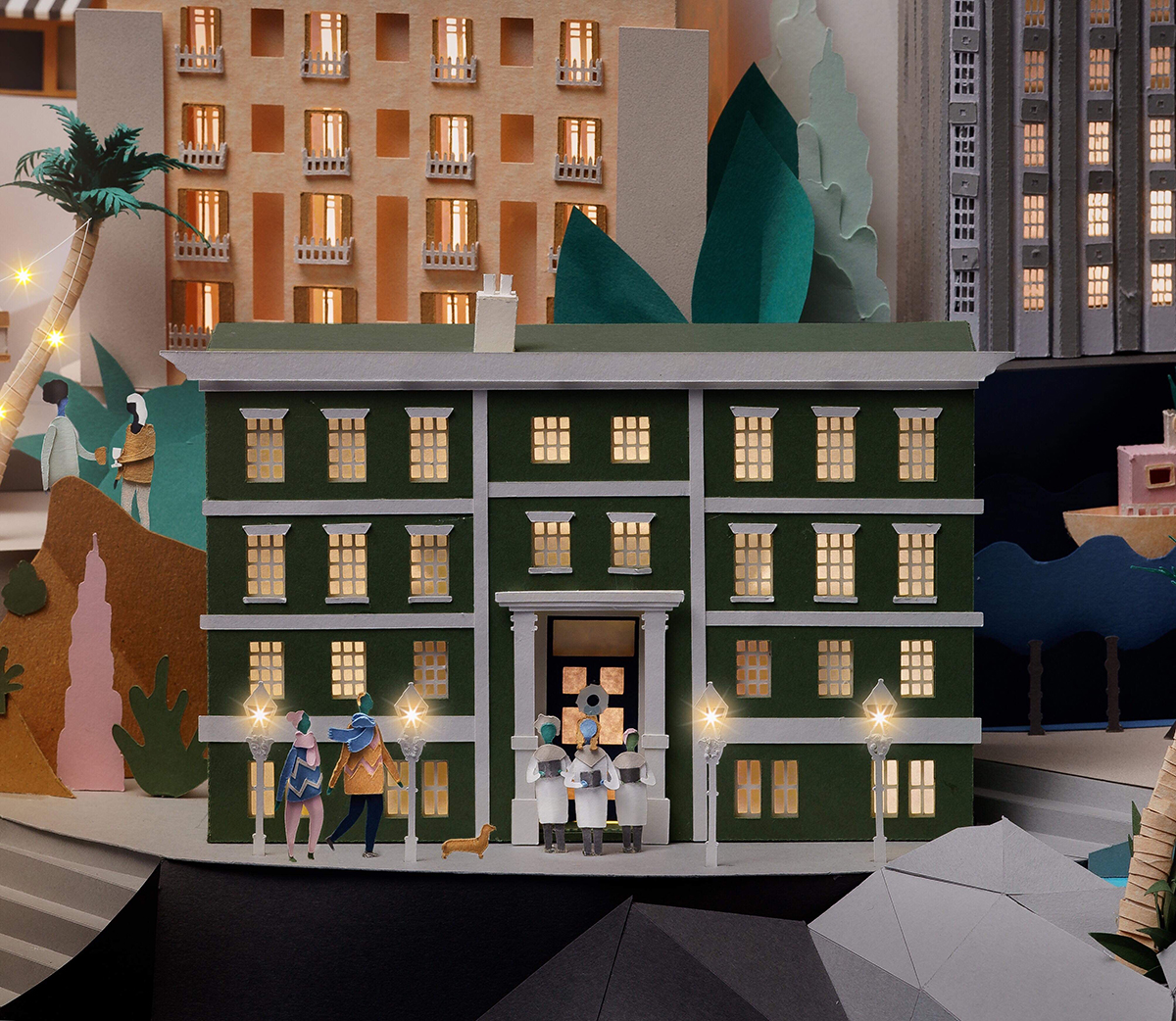 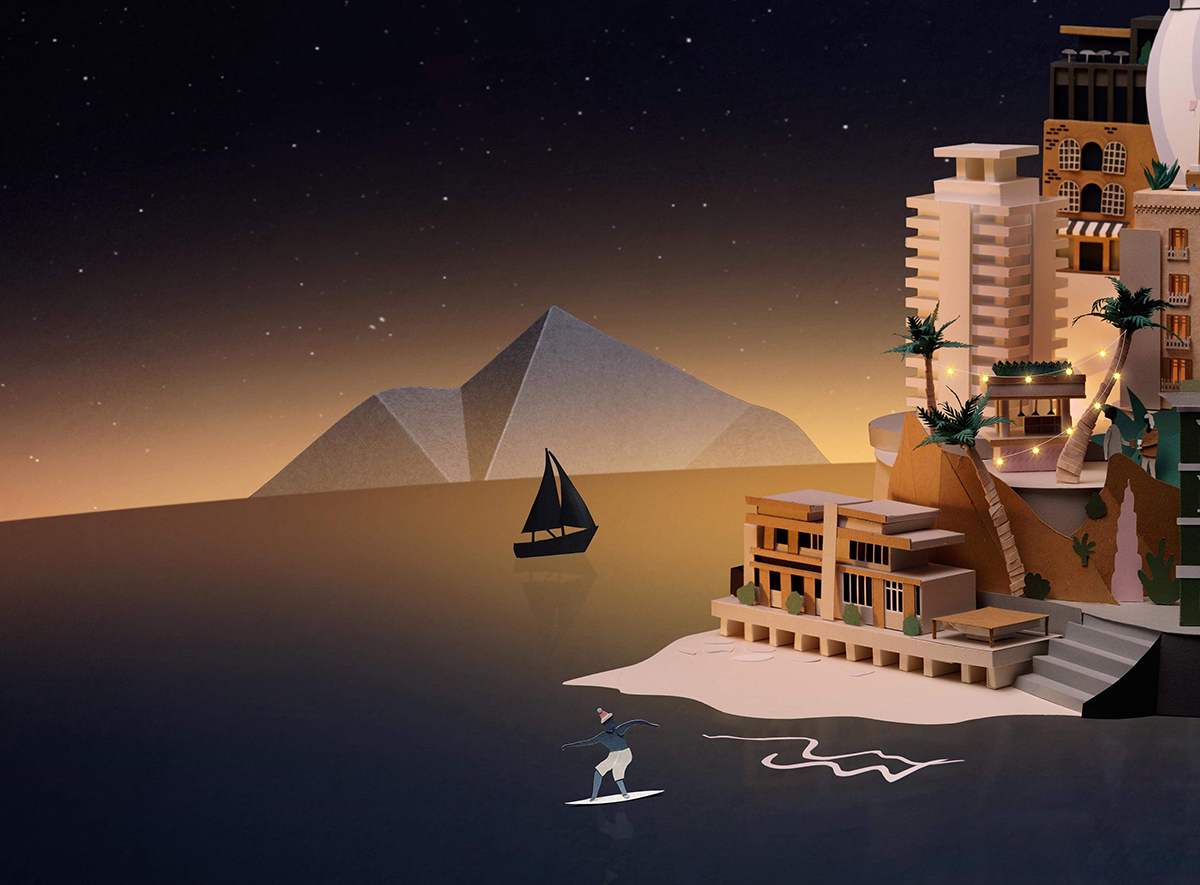